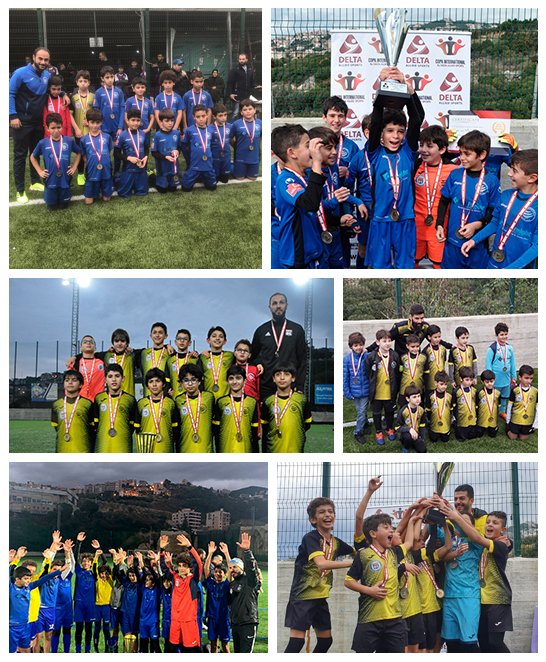 Here are the results:

After grabbing the silver cup last year in the A-League, this team kept their eye on the Golden title and grabbed it with passion.

For the 3rd time in a row, these two teams face each other in a cup final. In the Lebanese Cup, Team Dbayeh took the Gold Cup from Beirut who managed to get it back in the Copa De Academia. What incredible two teams, who keep pushing to surpass themselves.

Our 2007s participated for the first time in an 11v11 tournament and fiercely made it to the finals. The final game against BFA ended in a no show by the opponent, but our team was rightfully crowned champion of the Copa De Academia Elite Category.

This team has made huge improvement since the beginning of this season. First time in a National tournament, they managed to grab the 2nd place with an outstanding fighting spirit.